BE SEEN WITHIN 24 HOURS.

What Our Patients Say…

“I am so grateful to Emma for sorting my knee out. I had a tendinopathy in my pre patellar tendon, and I’d seen three (!) different physios (who misdiagnosed it and told me to rest or stretch which did nothing!!) before I finally found Emma.”

“I really love this place. Emma and Josh are very good physios. Thank you for you hard work.”

My doctor son got me on to rehab with MSK after a hospital operation because he knew the good work they did. I completed a ten session course (on Zoom) with rehab specialist Ricky. The results were so good that I signed on for another ten sessions and improved core strength and balance even further. Ricky is excellent. He looks, listens, thinks, and puts his considerable knowledge into planning each session for maximal benefit. While remaining highly professional, he also takes a personal interest and never ceases to advise and encourage. I'd recommend Ricky and the MSK Clinic very highly to clients of all ages.
John Wilkes

I can’t recommend the clinic, and especially Chris, enough. It was really easy to book an appointment and they have time slots to suit everyone. Chris was extremely helpful and friendly. He took the time to understand my concerns, and checked in with me via email, which I really appreciated!
Emma Wells

MSK clinic was able to organize a video call with me right before my first half marathon when I was having issues with my ankle. Chris was incredibly helpful in rehabbing my injury both online and in person and kept an eye on my progress via email along the way. Thank you so much!
Hannah Clark

I had a knee injury, My G.P referred me to MSK clinic, Due to covid restrictions I could not get physio. on NHS in time, The appointment I was given was in two months time although I'm also working with NHS. So i decided to go private. I got this MSK clinic online, at Canada water studios I Called them and made appointment to start treatment, I was barely walking, my pain level was 10, at the highest level, I was so lucky, in that the studio is a few yards from Canada water station. i saw Physio. Emma first, well coming, listens, understanding and advises accordingly, then I was handed over to Ricky, very professional, listens advises accordingly and explains how these different sessions gonna help you now and in future. I've had about 8 sessions with him now, I'm walking now and the pain level is gone down to 3 from 10. I feel great mentally and physically, Thanks to MSK Rehab physiotherapist Rick Evans, i'm so greatful, stella.
Stella Nanseera

Chris is one of the best in the business. He was super professional and helped so much. I usually experience neck and shoulder pain, and Chris knew exactly the areas to target to relieve that. I was able to play tennis again without any pain because of the message. Extremely friendly and knowledgeable. Highly recommend!
S T

I came to this physio with a meniscus tear from playing football and needed rehab sessions. Ricky was excellent in providing me with a strengthening programme as well as going through additional exercises in the studio, where there was plenty of equipment for me to have a varied and intense workout. He gave me the expertise to get the most out of each exercise, and as a result I've made a significant amount of progress in recovering my leg since I went to him. I cannot recommend this physio highly enough.
Wafi Chowdhury

Fantastic clinic! Came in walking on crutches and Chris has put me back on my feet within a couple weeks! Very easy to get an appointment. Chris has really taken the time to listen to my concerns and issues, motivated me not to give up and was reachable via email even between the physio sessions. True 5 star service!
Natalie Kaps

I had an injury in my shoulder which was keeping me away from training Muay Thai. On the top of that I wanted to have my left knee checked as I felt there was something wrong, which was revealed to be a torn meniscus. Chris Bond after collecting as many feedbacks as possible about my injury history and what I was experiencing, helped me recovering on both sides by creating a tailored progressive rehab plan, which it wasn't any easy task given the gyms being closed and limited equipment at home. Throughout the 6 months period of rehab he was always super careful and ready to listen to my feedbacks, adapting the plan accordingly. Super professional physio, highly recommended!!
Stefano Luca Salvigni
Reviews 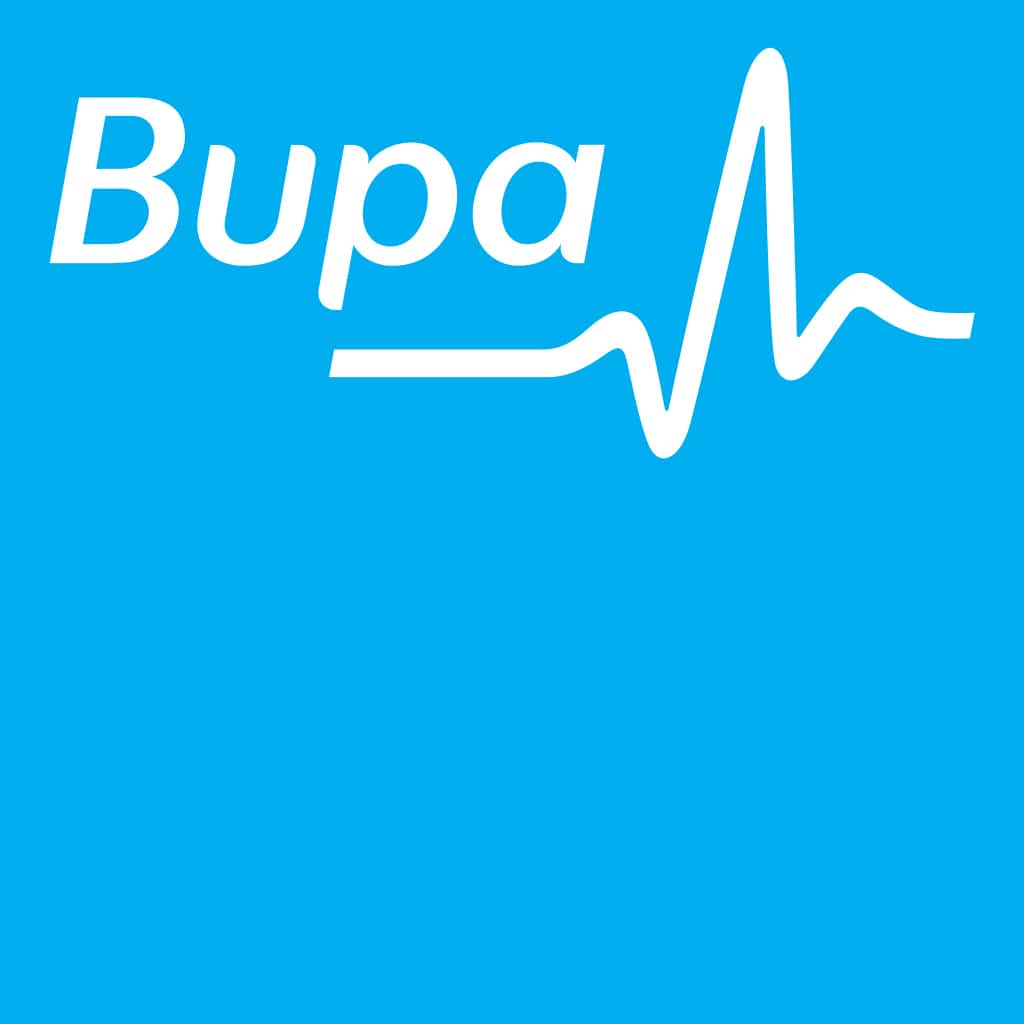 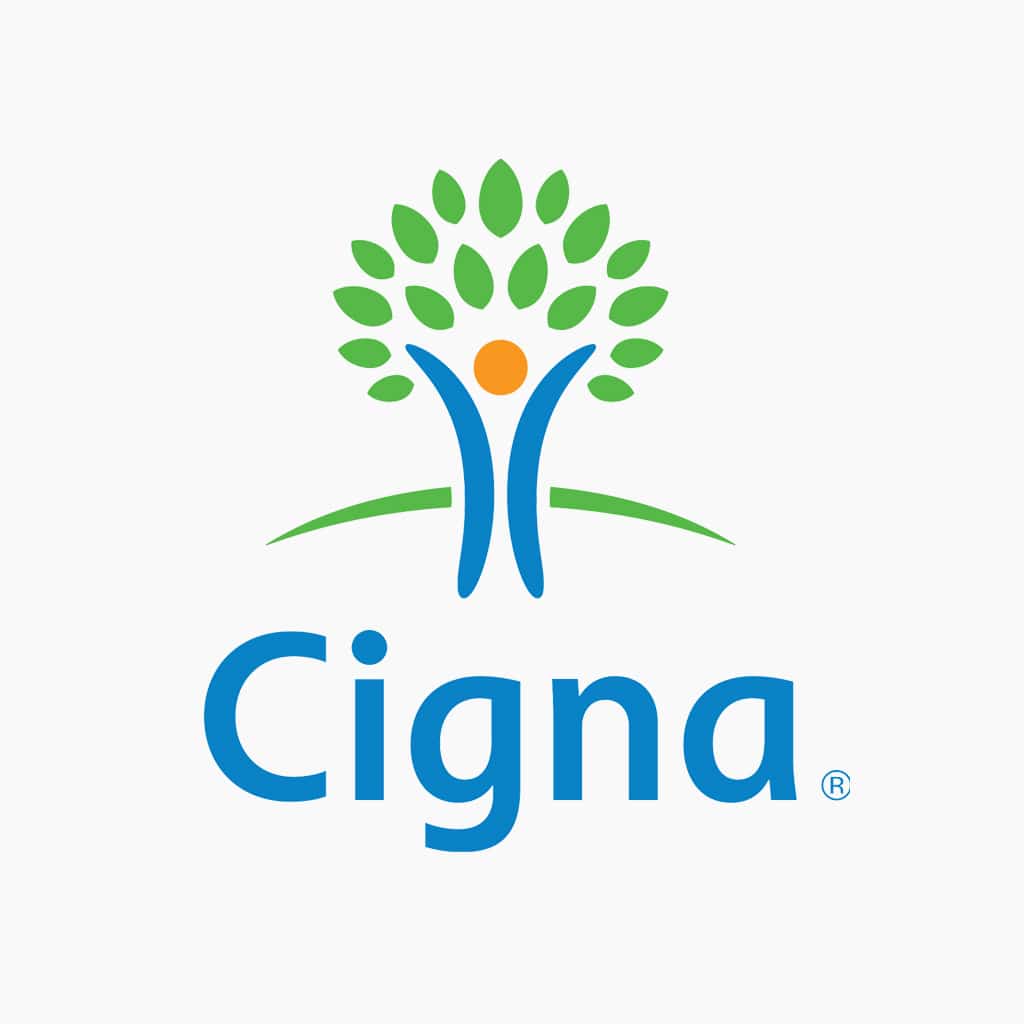 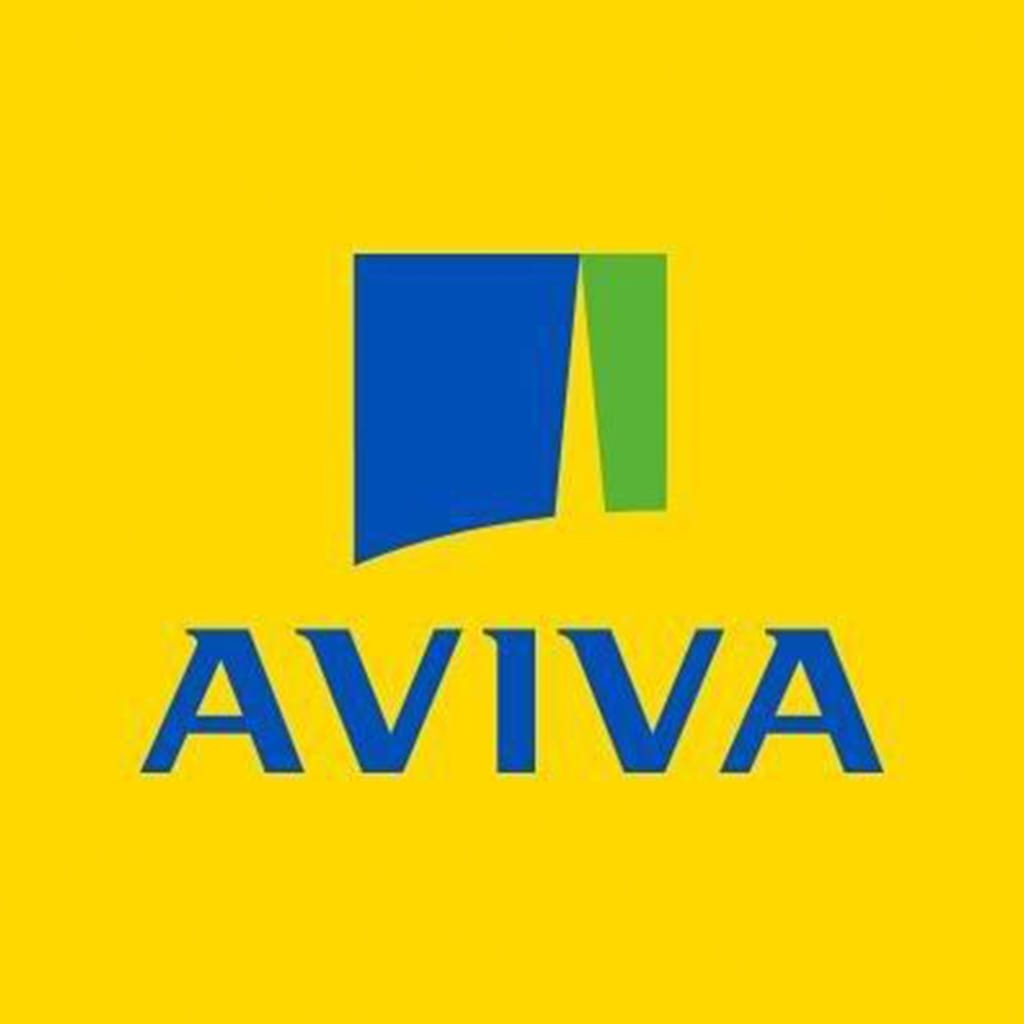 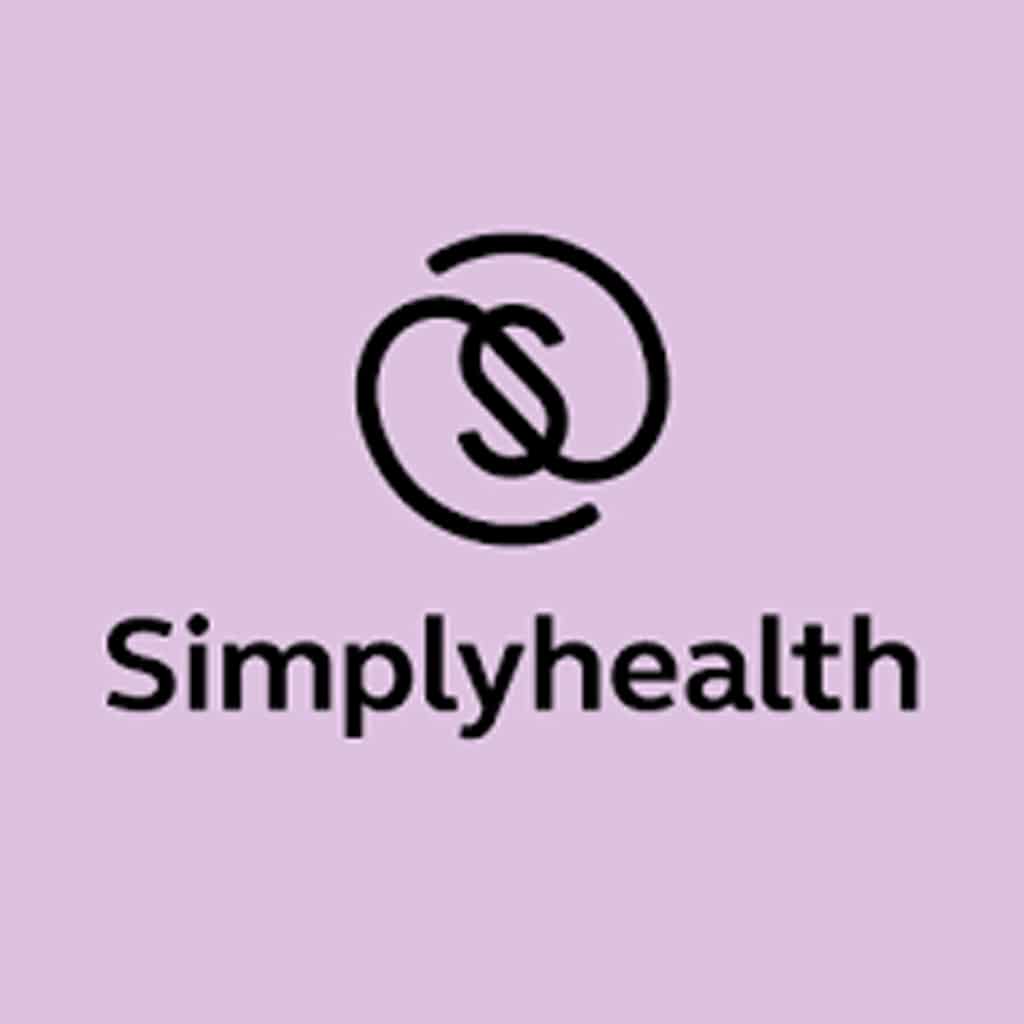 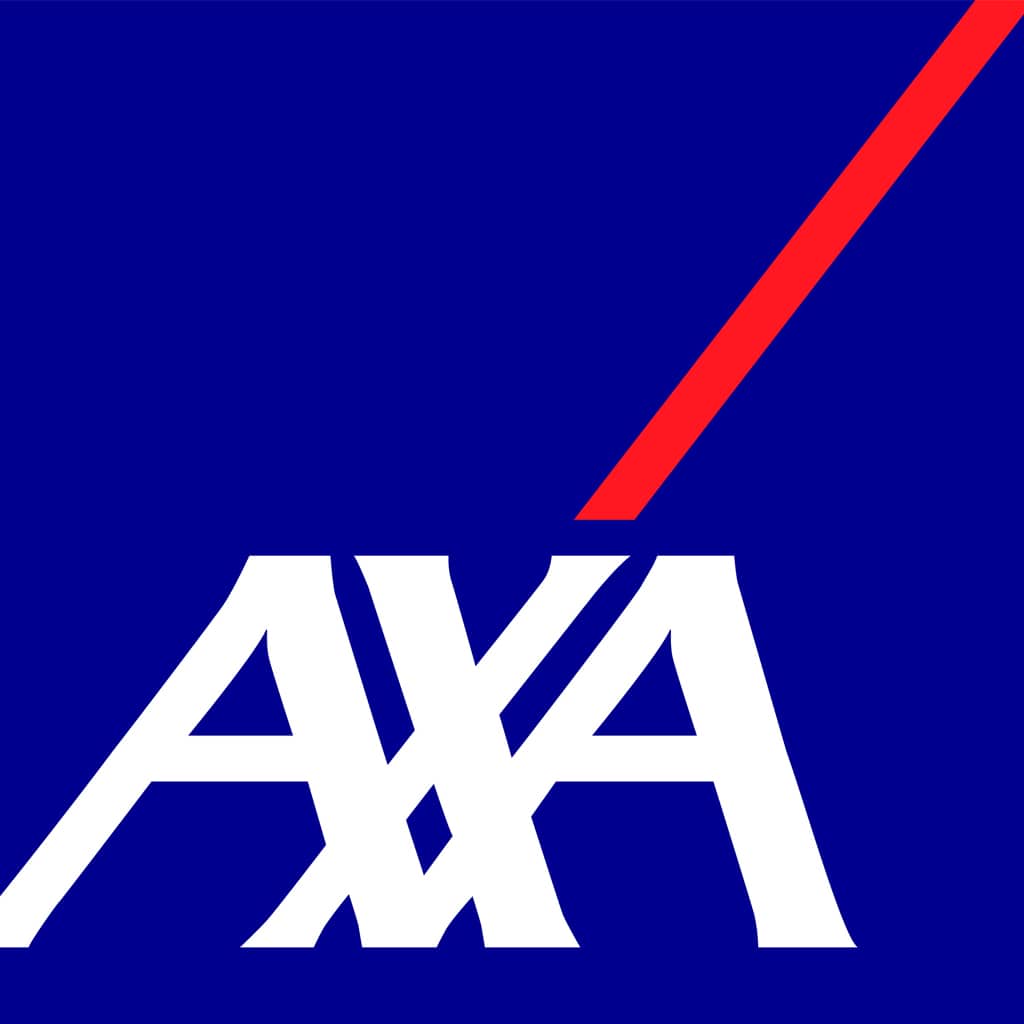 A 37-year-old female presented in clinic in early September, she was complaining of 1-week history of lower back pain, she had no mechanism of injury, 7/10 pain, constant, and was having some referral of symptoms onto left lateral hip. She denied any pins and needles, or numbness and she was screened for serious causes. She was finding it very difficult to walk and change position. Initially she was very worried about movement and hurting her back further. Her goal at this stage was for a miracle cure.

On assessment she was very limited on the range of motion of her lower back especially bending foreword. Reporting pain 7/10 with this movement. She was very fearful of doing this. Her left facet joint was reproducing her symptoms on palpation. When trying to palpate this, the patient was guarding and fearful. The rest of the joints were clear of symptoms. When you irritate the joint in your back it can sometimes refer pain to other places. This is called somatic referred pain.

This lady was given some treatment, education and advice about how to manage her symptoms. She was given some exercises to help restore the loss of range of movement and desensitise the pain in her back. She was reviewed twice where the treatment was continued, and exercises reviewed also.

One month later she was 90% Symptom free and returned to previous level of function.

28yr old Semi-Professional football player. Presented to clinic 20th October 2020. One week ago, he was playing football in a match, he was sprinting and had a sudden onset of cramping and pain in his right hamstring muscle. Usually, Marcus is very active, playing football several times per week and cycling. His goal was to be able to reduce the risk of injury and return to play.

Assessment of Hip + Knee, to ensure no damage had been sustained to any of the joints above and below. Palpation of the muscle was painful; some loss of muscle bulk was noted. Hamstrings were aching on resistance and stretch, indicating a diagnosis of hamstring strain grade 1. Marcus was given some treatment to aid and symptom resolution and given some hamstring loading exercises to help to heal and build strength. When the hamstring muscles get injured, it is essential to strengthen as when you have pain; this can cause inhibition of the muscle and cause an immediate loss in strength.

As this was a mild strain, Marcus did very well with rehab and was able to return to play 3-4 weeks after his initial assessment. His rehab was being carried out in the gym, but we had to adapt this due to lockdown, and his exercise program was changed to home-based strengthening.

A keen runner who was preparing for the marathon attended the clinic complaining of knee pain following increasing his running distance. On examination, the source of the pain was found to be under the kneecap. A weakness of the thigh muscles and poor leg control were also identified as possible contributing factors.

During the appointment, the client was treated with soft tissue release and stretches. He was given home exercises to help improve his leg control while running. He was also advised on how much running load he could undertake on the following days and how he could optimise his training in preparation for the event. Taking everything on board, he completed the marathon he was scheduled for and was planning to continue his stretches and home exercises to prevent a recurrence.